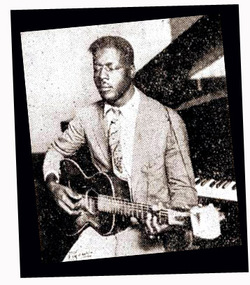 This weekend (April 14, 2012) will be 100th anniversary of the sinking of the Titanic.  Why does the Titanic keep such an ongoing hold on our imaginations?  It's often discussed in the context of hubris.  Human beings, in love with our own technology, think we have conquered nature.  Nature fights back and reminds us of its power, and of our arrogance in thinking that we can control it.

I never gave the Titanic much thought until I heard Blind Willie Johnson's version of "God Moves on the Water."  It includes these enigmatic lines that got me thinking:

There's a bigger kind of arrogance that Blind Willie Johnson was talking about:  the arrogance of thinking we understand what the heck we're doing.  Do we really understand the short- and long-term outcomes of our actions (individually and collectively)?   A.G. Smith didn't understand his boat on so many levels, including the complex and precise chain of systems and routines that the crew would need to perform in order to safely sail it.

I don't really know what "Named it a name of God in a tin" means, but the Titans were the Greek gods who were defeated and replaced by the Olympian gods.  There's something ironic about naming a big, powerful-looking ship (a giant hunk of tin?) after gods who met their own demise at the hands of their children.

The law of unintended consequences (the capricious and occasionally "good" twin of Murphy's Law) is bigger than any of us.  Not all unintended outcomes are bad.  I've been humbled by plenty of unforeseen poor outcomes, but I've also made a music career out of setting in motion and making the most of happy accidents (Brother Sun being one of them).

How has the law of unintended consequences worked for or against you?
-----------
Links:
Blind Willie Johnson, "God Moves on the Water" http://tinyurl.com/78fwb89