This Is Absolutely Real

Visions and Versions of Phil Ochs 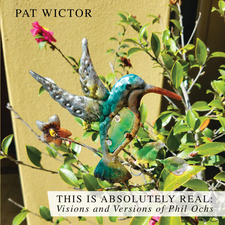 An album of songs written by Phil Ochs, including well-known and obscure ones.  Phil Ochs was known as a brilliant topical / political songwriter - or less flatteringly, a "protest singer."  But he understood that the best protest isn't necessarily a political song, but a great song that stands the test of time, that shows how marvelous and unstoppable our creativity and humanity can be.
Pat Wictor:  vocals, slide guitar, acoustic guitar electric guitars